SALT LAKE CITY — As hospitals continue filling up and the highly transmissible COVID-19 delta variant is becoming more prominent, Utah leaders are sounding the alarm about the state’s current situation.

“If you’re unvaccinated, you should be worried this Fourth of July,” Gov. Spencer Cox said during a Thursday news conference.

“You should be very worried.”

The good news though, he added, is that people can still get vaccinated before the upcoming holiday weekend.

Thursday’s news conference comes at a time when Utah is experiencing a COVID-19 surge that has led to an increase in hospitalizations, putting a strain on Utah’s health care system. On Wednesday, Utah reported its highest daily increase in COVID-19 cases since April.

Amid the current spike — which is being driven by cases, hospitalizations and deaths almost entirely among unvaccinated people — the Utah Department of Health reported 540 new cases Thursday, in addition to four more deaths and 5,976 more vaccinations.

Models predict that the state could be reporting between 1,000 and 1,200 cases per day by late August, health officials said Thursday. And cases have traditionally spiked after holiday weekends throughout the pandemic.

But there’s a difference this time around: A “miracle vaccine” is available that has the potential to stop the pandemic in its tracks, Cox said, adding that the state is continuing to work on making vaccines as easy, accessible and comfortable for Utahns who still haven’t gotten it.

More information on how to get vaccinated is available at coronavirus.utah.gov/vaccine.

Watch the replay of the event below.

Utah close to goal of 70% adults vaccinated by July 4

About 64.8% of Utah adults have now received at least a first dose of the vaccine, Cox said.

However, there are an additional 115,000 Utah adults who have at least their first dose who have had those doses administered by federal agencies such as the Department of Defense and the Department of Veterans Affairs, he said. Data for those vaccinations are reported separately from the state’s vaccination data but taking those adults into account puts Utah at about 69.8% of all adults having at least one dose as of Thursday, Cox said.

He pointed out that the 70% goal is somewhat arbitrary, though.

The state will keep pushing to get as many people vaccinated as possible, he added.

Cox said it’s amazing to watch the “mental gymnastics” people go through trying to convince themselves that it’s more dangerous to get the vaccine than to not have it.

The current situation in Utah’s hospitals is getting “uncomfortable,” Cox said. The 257 people hospitalized with the disease Thursday is the highest number since 242 hospitalizations were reported on Feb. 19. On the last day of May, there were only 130 hospitalized COVID-19 patients.

Several people have recently been forced to wait for a bed in the University of Utah Hospital’s intensive care unit, Graves said. Every COVID-19 patient currently in the ICU is unvaccinated, she added. One patient, who is under the age of 30, has been hospitalized since April 9.

“No one is safe from COVID unless you’re vaccinated,” Graves said. “We need you to stay safe.”

Utah continues making progress vaccinating vulnerable populations in the state, added Lt. Gov. Deidre Henderson. About 89% of Utahns ages 65 and older have received at least a first vaccine dose, and about 82% are fully vaccinated, she said.

“We’re really proud of the parents who are getting their children vaccinated,” Henderson said.

A total of 370 businesses or other organizations have made requests to host mobile vaccination clinics since the state made that process available in March. Since then, the state has completed 287 of those, and is working on scheduling the rest, she said.

“Thank you to the organizations who are joining the cause,” Henderson said.

The rolling seven-day average for positive cases in the state is at 384 as of Thursday, according to the health department.

About 61% of Utahns age 12 and older, who are currently eligible to receive the vaccines, have received at least one vaccine dose, and 54.3% are fully vaccinated, state data shows.

The four deaths reported Thursday were:

Fri Jul 2 , 2021
A report released by the ABC Science Collaborative on Wednesday exhibits that North Carolina Colleges did an “outstanding job” stopping the distribute of COVID-19 within just their amenities, and also states that mask-putting on is an “effective strategy” to stop in-faculty COVID-19 transmission. The Duke College School of Drugs and […] 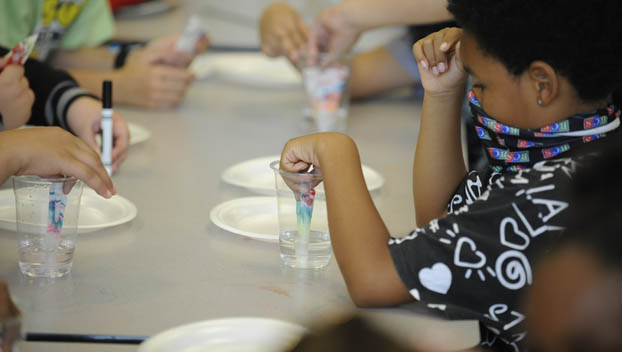