Skip to content
KNOXVILLE, Tenn. – The Tennessee women’s basketball program revealed nearly all of its 2021-22 schedule on Wednesday, unveiling both its Southeastern Conference and non-league itineraries for the upcoming season. An additional non-conference home game will be announced at a later date.

The slate, which is one of the Lady Vols’ most challenging in several years, features 13 games against teams that were ranked or receiving votes in the final 2021 USA TODAY Coaches Poll, including three of the participants in last year’s NCAA Final Four.


Among those squads were Final Four squads No. 1 Stanford, No. 3 UConn and No. 4 South Carolina, as well as No. 10 Texas A&M, No. 13 Georgia, No. 17 Texas, No. 18 South Florida, No. 21 Kentucky and No. 23 Arkansas. Oklahoma State, Ole Miss and Virginia Tech were in the receiving votes category, and another 2021-22 opponent, UCF, was in the receiving votes category but dropped out in the final poll.

“One of our staff’s objectives was to continue finding ways to improve our strength of schedule, and I believe we’ve done that,” Harper said. “We have a challenging and exciting slate of games, and our players will have an opportunity to compete against several experienced and talented lineups. Our desire is that with this schedule, we can develop into the best team we can possibly be.”

Reserved season tickets for the 2021-22 season start at $115 and are available at AllVols.com. Benefits include the same location for all regular-season home games, discounts on additional home game tickets when they go on sale in October and first opportunity to request or purchase postseason tickets.

Also available now to Lady Vol fans is the fan favorite $125 Lady Vol Pass. An alternative to the traditional season ticket that allows fans to secure seats to all 2021-22 regular season home games, the Lady Vol Pass enables fans to select seats from the remaining inventory no later than 48 hours prior to each home game.

Fans interested in being a part of the action at Thompson-Boling Arena this season are encouraged to click HERE for ticket information.

Additionally, a membership in the Ray Mears Room for the Lady Vol basketball season can be purchased for $900. Please contact the Tennessee Fund at 865-974-1218 to inquire.

Tennessee opens the campaign with seven contests during the month of November, beginning with an exhibition match-up vs. Georgia College on Weds., Nov. 3. Harper’s brother, Ross Jolly, is the head coach for the Bobcats. Southern Illinois, with LVFL Jody Adams-Birch serving as associate head coach, helps the Lady Vols tip off the regular season at Thompson-Boling Arena on Weds., Nov. 10.

The next two tests will come against 2021 American Athletic Conference runner-up UCF in Orlando on Fri., Nov. 12, and defending AAC champion USF in Knoxville on Sun., Nov. 15. Both teams made the NCAA field a year ago and return all five starters.

Texas, which is coming off an Elite Eight appearance, travels to Knoxville on Sun., Nov. 21, and begins a three-game run for the Lady Vols vs. Big 12 Conference opponents. The next two in that trio of games come at a neutral site, as Harper’s squad takes on Kansas on Fri., Nov. 26, and Oklahoma State on Sat., Nov. 27, in the South Point Thanksgiving Shootout at South Point Arena in Las Vegas. Texas and OSU were NCAA tourney teams in 2020-21, contributing to UT’s tally of 15 games vs. programs coming off NCAA Tournament appearances in San Antonio.

The Big Orange women will wrap up their pre-conference itinerary by playing five of six games on The Summitt in December. UT plays host to Tennessee Tech on Weds., Dec. 1, before traveling to Virginia Tech on Sun., Dec. 5. The Hokies advanced to the NCAA Second Round a year ago.

Defending NCAA champion and perennial opponent Stanford makes its return to Knoxville on Sat., Dec. 18, followed by appearances from ETSU and Chattanooga on Mon., Dec. 20, and Mon., Dec. 27, respectively. A previously-mentioned, non-league home tilt will most likely take place in the mid-to-early portion of the month.

Harper’s troops will pop the top on the conference itinerary on Thurs., Dec. 30, welcoming NCAA participant Alabama to Thompson-Boling Arena to close out the 2021 portion of the schedule. UT will wrap up SEC play at home on Thursday, Feb. 27, with LSU and first-year Tiger coach Kim Mulkey coming to Rocky Top.


After the league lid-lifter in December, Tennessee faces five of eight SEC games on the road in January. The home contests in the new year’s first month, however, will feature intriguing match-ups vs. Texas A&M (Thurs., Jan. 6), Kentucky (Sun., Jan. 16) and Arkansas (Mon., Jan. 31), all teams ranked in the top 20 at the conclusion of the 2020-21 campaign and participants in the NCAA Tourney.

January excursions will be at Arkansas (Sun., Jan. 2), Ole Miss (Sun., Jan. 9), Vanderbilt (Thurs., Jan. 13), Georgia (Sun., Jan. 23) and Auburn (Thurs., Jan. 27). Arkansas and Georgia were both ranked and received NCAA bids a year ago, while Ole Miss was perhaps the most improved team in the league and finished as runner-up in the WNIT.

February’s agenda for the Lady Vols includes four at home and four away. UT will play host to Missouri (Thurs., Feb. 10), Vanderbilt (Sun., Feb. 13) and Mississippi State (Thurs., Feb. 24) before closing it out, as mentioned, with Mulkey’s Tigers on Feb. 27.

Road trips in the final month of the regular season will take the Big Orange women to Florida (Thurs., Feb. 3), UConn (Sun., Feb. 6), Alabama (Thurs., Feb. 17) and South Carolina (Sun., Feb. 20). The Gamecocks are the defending SEC Tournament champions, national semifinalists and among the favorites to make the 2022 NCAA Final Four. The defending BIG EAST champion Huskies also were NCAA semifinalists and join South Carolina as one of the preseason picks to make it to Minneapolis.

Tennessee returns six players with starting experience from a squad that finished third in the SEC for the second year in a row and ended the season at No. 13 in the AP Poll. It also adds a conference-player-of-the year graduate transfer who gives the Big Orange seven experienced, starting-caliber players.

Green and Suárez are coming off injuries that ended their 2020-21 seasons early, but all indications suggest both players will be ready to contribute significantly in the year ahead. Suárez’s participation on Spain’s U19 World Cup team this summer further underscored that expectation.

Burrell just missed first-unit accolades last season as an All-SEC Second Team selection. Key, a prolific shot-blocker and disrupter was on the SEC All-Defensive Team, while Suárez was named to the SEC All-Freshman squad. Horston was SEC All-Freshman two seasons ago and appears poised for more conference award attention in 2021-22.

In addition to Dye, Tennessee welcomes a freshman class of players which appears highly capable of not only impacting the team’s depth in a productive way but also contributing to the heights this squad could reach.

Among a class rated No. 9 overall/No. 2 SEC by ProspectsNation.com and No. 15 overall/No. 3 SEC by espnW, 6-2 guard/forward Sara Puckett and 5-4 point guard Brooklynn Miles were Gatorade State Players of the Year in Alabama and Kentucky, respectively. Karoline Striplin, a 6-3 forward, edged out Puckett for overall Miss Basketball honors in Alabama, while 6-0 guard Kaiya Wynn was the state’s 5A Player of the Year in talent-rich Texas in her first season there after moving from Tennessee. All five newcomers have spent the entire summer in Knoxville getting up to speed.

A year ago, Harper became only the second women’s coach in NCAA Division I history to lead four different women’s programs to the NCAA Tournament, guiding UT to a 17-8 overall record and 9-4 mark in league play to finish third for the second year in a row. The four SEC losses were the program’s fewest since 2014-15.

The Lady Vols lost four players from last season, but the graduation of All-SEC First Team and All-America Honorable Mention performer Rennia Davis is the most significant. The WNBA’s No. 9 overall draft pick led UT at 17.3 ppg. and 8.8 rpg., with Burrell right on her heels from a productivity standpoint. Reserve center Kasiyahna Kushkituah moved into the starting power forward role when Suárez was lost for the season and put up 6.8 ppg. and 6.0 rpg. in her senior year.

The coaching staff has two new faces. To go along with returning assistant Jon Harper, Kellie Harper added veteran aides Samantha Williams and Joy McCorvey to her program. Williams, who features impressive career stops at DePaul, Duke and Louisville, came to UT after two seasons as head coach at Eastern Kentucky. McCorvey, meanwhile, joined UT after serving the past three years at Florida State and also possessing six years’ experience at Michigan and another at St. John’s. She served in the role of associate head coach a year ago at FSU, underscoring the valuable experience possessed by the new additions to Harper’s staff.

Thu Sep 9 , 2021
It is not shocking to see HBO Max makers goal the Indian viewers for their OTT provider. This is typically since of the rise in the recognition of working with digital platforms for viewing content. At present, there are extra than 35 OTT streaming platforms in India and HBO Max […] 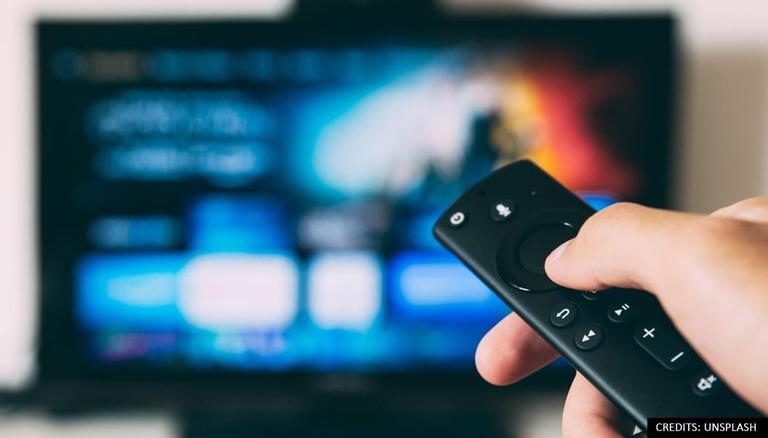