TOKYO — Taro Kono, the Japanese minister in charge of the vaccine rollout, promised Sunday a timely administering of booster shots for the coronavirus, as the nation aims to fully vaccinate its population by October or November.

He said Pfizer and Moderna booster shots will arrive early next year, in time for medical workers and the elderly, who were prioritized and mostly got their second shots by July.

A digital system for proof of vaccination will be available later this year, he added.

Japan has lagged among developed nations on vaccinations, with its fully vaccinated now at about 43%. Hospitals are getting swamped, and more than 118,000 people infected with the coronavirus are waiting at home, according to the health ministry. Japan has recorded about 15,800 COVID-related deaths.

MORE ON THE PANDEMIC:

— Contact tracing takes a back seat during latest COVID-19 surge

— How much impact could Sturgis rally have on virus caseload?

HERE’S WHAT ELSE IS HAPPENING:

Department spokeswoman Bobbi Doan said Saturday that Tillamook County, on Oregon’s northwest coast, and Josephine County, in the southwest, have requested the trucks.

Tillamook County Emergency Director Gordon McCraw wrote in his request to the state that the county’s sole funeral home “is now consistently at or exceeding their capacity” of nine bodies. He added that virus cases among staff have made them unable to transport bodies to other counties.

The refrigerated truck arrived in the county on Friday, loaned by Klamath County, Doan said in a telephone interview.

The Tillamook County Board of Commissioners says there were six COVID-19 deaths in the county from Aug. 18 to Aug. 23, surpassing the five total COVID-19 deaths that occurred during the first 18 months of the pandemic.

TRAVERSE CITY, Mich. — A newspaper reporter in Michigan says he was punched in the face while covering an anti-mask event.

Heather Cerone introduced herself to the crowd and urged people to block the reporter’s view. Quealy says he was shoved into a fence by a man and punched in the face.

Cerone claimed the event was private because the pavilion had been rented. But prosecutor Noelle Moeggenberg said the area around the pavilion is open to anyone.

Quealy says he was just doing his job: to chase the news and accurately report it.

The Register-Guard newspaper reports that Gateway Living in Springfield has 105 employees and 101 residents. Only 63% of the staff and 82% of the residents are completely vaccinated.

Lane County Public Health spokesman Jason Davis says the outbreak began with an unvaccinated employee who worked while infectious. About 60% of the cases are breakthrough cases. It’s not yet clear how many of the cases were among residents, employees or family members and others outside of the facility.

Seven of the people infected are hospitalized.

University Medical Center said its clinic is the first of its kind in Nevada and will also help patients enroll in clinical trials for new therapies to treat long-term symptoms, the Las Vegas Review-Journal reported.

In another development, the Clark County School District Board on Wednesday will consider allowing the superintendent to establish a mandatory COVID-19 vaccination policy for district employees.

Requiring COVID-19 vaccination “is the responsible, common-sense course of action,” based on experiences of many government agencies, businesses and other organizations, the Clark County district said in a statement. “Our top priority remains the safety and wellbeing of our students and staff.

PHOENIX — A day after Arizona surpassed the 1 million in confirmed coronavirus cases, the state on Saturday reported nearly 3,900 new cases, the most since a surge in February.

The 3,893 cases and 55 deaths reported Saturday increased Arizona’s total confirmed deaths to 18, according to the state’s coronavirus dashboard.

After climbing steadily since early July, the state’s virus-related hospitalizations in recent days ranged between 1,900 and 2,000, with 1,982 COVID-19 patients occupying hospital beds on Friday. That’s far below the pandemic peak of 5,082 on Jan. 11.

MONTGOMERY, Ala. — State numbers show the overwhelming number of people hospitalized or dying from COVID-19 are unvaccinated.

State Health Officer Scott Harris says Alabama had 1,230 virus deaths since April when the vaccine was widely available. About 91% of the deaths were among the unvaccinated.

There were 108 deaths, or about 9%, of deaths among people who are fully vaccinated. Harris says nearly all of those deaths were ealderly or had serious chronic health problems.

State officials provided the numbers as they try to stress that the vaccine lowers the risk of serious illness. The Alabama Hospital Association says 85% of the 2,900 people hospitalized for COVID-19 are unvaccinated.

MEMPHIS, Tenn. — Tennessee classrooms and schools that face a surge in coronavirus cases and quarantines can request a temporary shift to remote instruction if their districts can show a need.

Tennessee Department of Education Commissioner Peggy Schwinn says while she remains committed to in-person instruction, schools and classrooms can seek a waiver to state Board of Education rules that prevent districts from unilaterally requiring students to implement remote learning.

The letter comes as some school districts in Tennessee were forced to close due to an increase in coronavirus cases among students, faculty and staff. Wilson County Schools says schools will close next week “to help slow the current trend of positive cases and quarantines.”

State Health Commissioner Lisa Piercey said Wednesday that children make up 36% of Tennessee’s reported coronavirus cases. Tennessee ranked sixth in the country this week for new overall cases per capita, according to researchers from Johns Hopkins. The rolling average number of daily new cases has increased by about 2,200 in the past two weeks.

PRISTINA, Kosovo — Kosovo’s government has postponed the start of school for two weeks and installed new restrictive measures to cope with a rise of coronavirus cases.

In August, the numbers increased significantly to about 2,000 new cases a day. On Saturday, there were 18 deaths and 1,891 confirmed cases.

The government says the pre-university school year now will start Sept. 13. Public institutions will limit the number of people in the office, and there will be no gatherings of more than 50 people.

It also reimposes the overnight curfew of 10 p.m. to 5 a.m. and only the main public service employees are exempt.

Sport and culture events can use only 10% to 30% of the seats and restaurants 70% of the outside seats. Masks are obligatory in all closed spaces and outdoors.

MOSCOW — Russia’s state statistics agency shows a record 50,000 deaths in July were related to the coronavirus.

The report from the Rosstat agency says 50,421 people suffering from the coronavirus died during the month, sharply higher than the previous record of 44,435 in December.

However, the agency says only 38,992 deaths were directly attributed to the disease COVID-19. In another 5,206 deaths, the coronavirus was assessed as likely the main cause but that more investigation would be need; in 1,449 other cases the virus contributed to deaths but was not the main cause.

The report says Russia has registered a total of 215,265 virus-related deaths by the end of July — more than the 180,840 cited by the national coronavirus task force.

In the three weeks since the rally kicked off, South Dakota health officials have reported 63 cases among rallygoers so far. The epicenter of the rally, Meade County, is reaching a per capita rate similar to the hardest-hit states of the South. Health officials in North Dakota, Wyoming, Minnesota and Wisconsin all reported cases among people who attended the 10-day rally that attracted more than 500,000 people.

Health experts are worried that large gatherings across the Upper Midwest will feed a new wave of the virus.

“This coronavirus forest fire will keep burning any human wood it can find,” said Dr. Michael Osterholm, director of the University of Minnesota’s Center for Infectious Disease Research and Policy. “It will find you, and it’s so infectious.”

The Black Hills region’s largest hospital system, Monument Health, says hospitalizations from the virus rose from five to 78 this month. The hospital was bracing for more COVID-19 patients by converting rooms to intensive care units and reassigning staff.

Mon Aug 30 , 2021
Lloyd Timm KELLOGG – Eighty many years following his dying on December 7, 1941, Lloyd Timm is coming home. Lloyd was killed all through the attack on Pearl Harbor, whilst aboard the battleship USS Oklahoma. He will be received by his remaining family members, and laid to relaxation in Kellogg, […] 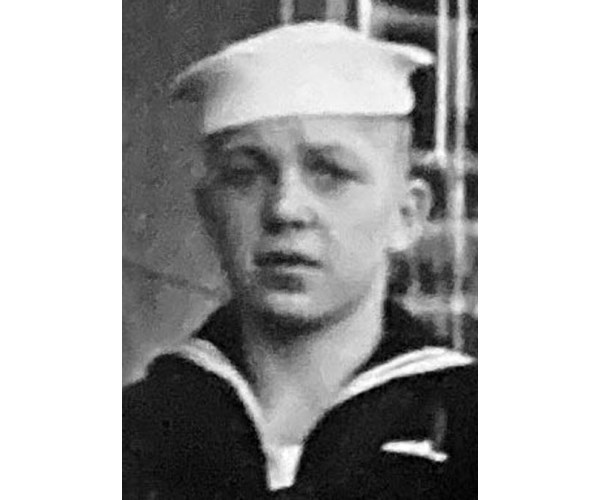