CHATTANOOGA, Tenn. — The University of Tennessee at Chattanooga women’s soccer team will take their act on the road this week with a Friday matchup at Belmont and a Sunday trip to Tennessee Tech.

The last time UTC and the Bruins met was in 2007 on the road. Belmont has won all five meetings including three in Nashville.

Chattanooga leads the series with the Golden Eagles by a 12-6-1 margin. On the road, UTC is 5-3-1 against Tennessee Tech and the pair tied 1-1 in the last meeting in 2015 in Cookeville.

The Mocs are 1-1 on the year with a season-opening win against UAB and a 1-0 loss to Georgia State last Sunday. Samantha Shaw has the Mocs’ lone goal of the season, assisted by Kendra Mueller and keeper Ashton Shields recorded 10 saves against UAB before an injury took her out of UTC’s match against the Panthers.

UTC is 12-14 in season-openers. Chattanooga’s win over UAB to open the 2021 season was the fifth consecutive season-opening win. In home openers, UTC improved to 14-10-1 with the win over the Blazers.

The Mocs will don PINK against Furman on October 8 for Breast Cancer Awareness. Fans are encouraged to join the team in the fight against this disease.

The Mocs are no strangers to the international flavor of futbol. From the coaching staff to the players on the pitch, the Mocs have a host of international flavor. Head coach Gavin McKinney is a native of Canada born to Irish parents. Assistant Martyn Blankley comes to the U.S. from England as does graduate assistant Jess Shepherd. Sophomore Ao Yamada is a native of Japan and Sofia Andrade is a Chilean from Canada.

Gavin McKinney begins his seventh season as the Mocs’ head coach. He picked up his 100th career win in his fifth season and was named the SoCon Coach of the Year in 2020, his sixth season, after leading the Mocs to their best finish in program history.

The Mocs return 18 letterwinners and add six newcomers to the 2020-21 roster. Due to the COVID-19 pandemic, many players on the team were granted another season of eligibility.

Graduate Chloe Arnold led the Mocs to their best finish last season and was Chattanooga’s pick for the NCAA Woman of the Year. She was one of two from the Southern Conference to be the conference-level nominee. She is in a pool of Division I athletes who are up for finalist for Woman of the Year. Arnold graduated last April with honors with a degree in Civil Engineering.

The Mocs placed six on the Southern Conference postseason teams. UTC received Coach of the Year, Defensive Player of the Year, three all-conference and two all-freshman.

Gavin McKinney, in his sixth season at Chattanooga, was named the Southern Conference Coach of the Year afer leading the Mocs to their best finish in program history. UTC posted a 6-2-1 league record that included five shutouts. This is the second COTY award for UTC. J.D. Kyzer was voted for the honor by the league coaches in 2003 when Chattanooga finished fourth.

Junior Maggie Shaw, a preseason pick for All-Conference, became the first UTC player to be named the Southern Conference Defensive Player of the Year. She helped the Mocs defense to a 7-2-1 overall record and six shutouts on the year. She was also named to the SoCon All-Conference First Team.

Chloe Arnold received her third postseason accolade in four years with a spot on the All-SoCon Second Team. Joining her on the team is fellow senior Lauren Dluzewski with her first postseason award.

Kendra Mueller scored a pair of game winning goals and found her way onto the SoCon All-Freshman Team. Midfielder Ao Yamada appeared in all 10 games for the Mocs and was named to the team as well.

This marks the third season the Mocs soccer team will call the UTC Sports Complex home. The complex, located next to historic Engel Stadium, former home of the Chattanooga Lookouts professional baseball team, houses three soccer fields, a clubhouse and a sand volleyball court that serves as home to the Mocs Beach Volleyball team founded in 2019.

Fri Aug 27 , 2021
Just past 7 days, UKTN coated the £50m funding spherical of UK’s on-line florist Bloom & Wild and now an additional on line membership-based mostly florist from London is in news for their newest investments.  Freddie’s Bouquets, the really-popular flower membership service that provides bouquets any place in the United […] 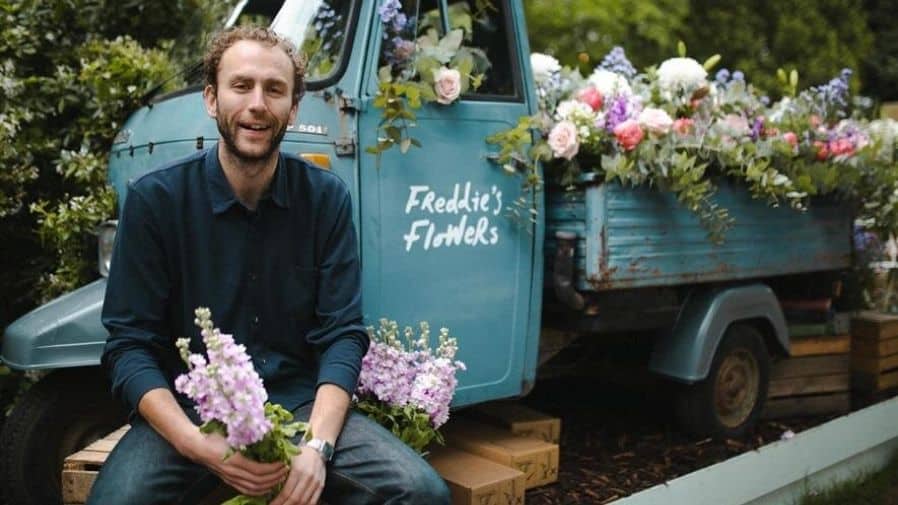