MOSCOW (AP) — Russia has strongly warned the United States against deploying its troops in the former Soviet Central Asian nations following their withdrawal from Afghanistan, a senior diplomat said in remarks published on Tuesday.

“I would emphasize that the redeployment of the American permanent military presence to the countries neighboring Afghanistan is unacceptable,” Ryabkov said. “We told the Americans in a direct and straightforward way that it would change a lot of things not only in our perceptions of what’s going on in that important region, but also in our relations with the United States.”

He added that Russia has also issued the warning to Central Asian nations.

“We cautioned them against such steps, and we also have had a frank talk on the subject with our Central Asian allies, neighbors and friends and also other countries in the region that would be directly affected,” Ryabkov said in an interview published in the Mezhdunarodnaya Zhizn magazine.

On Monday, Russian Foreign Minister Sergey Lavrov emphasized that Kazakhstan, Kyrgyzstan and Tajikistan are all members of the Collective Security Treaty Organization, and any presence of foreign troops on their territories must be endorsed by the security pact. He added that none of those countries have raised the issue.

Tajikistan and Kyrgyzstan both host Russian military bases. Kyrgyzstan, which hosted a U.S. military base that supported operations in Afghanistan, closed it in 2014.

Get the military’s most comprehensive news and information every morning.

By giving us your email, you are opting in to the Early Bird Brief.

Soldiers abseil from a military helicopter over the training ground during strategic command and staff exercises Center-2019 at Donguz shooting range near Orenburg, Russia, Friday, Sept. 20, 2019. The main theme of the drills is the use of a coalition army group in the fight against international terrorism and providing military security in Central Asia. Servicemen from Russia, Kazakhstan, Kyrgyzstan, Tajikistan, Uzbekistan, India, China and Pakistan are taking part in the drills, TASS News Agency reported. (AP Photo/Sergei Grits)

Uzbekistan, which also hosted a U.S. base, ordered it shut in 2005 amid tensions with Washington. Uzbekistan’s Defense Ministry reaffirmed in May that the country’s constitution and its military doctrine rule out the presence of any foreign troops on its territory.

“I don’t think that the emergence of new American military facilities in Central Asia would promote security in the region,” Lavrov said.

The Biden administration has reportedly considered Uzbekistan and Tajikistan that border Afghanistan, as well as Kazakhstan, as possible staging areas for monitoring and quickly responding to possible security problems that may follow the U.S. military’s withdrawal from Afghanistan.

“I don’t think that anyone is interested in becoming a hostage to such US policy and intentions, and in inviting retaliation,” Lavrov said.

The Russian foreign minister questioned what results would be achieved with a small U.S. presence outside Afghanistan when a 100,000-strong NATO force inside the country “failed to do anything.”

“Most probably, they simply want to ensure their military presence in Central Asia and be able to influence the situation in this region.”

As the American and NATO troops were swiftly pulling out, the Taliban have made quick gains across the country. They claimed on Friday that they now control 85% of Afghanistan’s territory.

Russian officials have expressed concern that the Taliban surge could destabilize Central Asia.

Taliban advances already have forced hundreds of Afghan soldiers to flee across the border into Tajikistan which called up 20,000 military reservists to strengthen its southern border with Afghanistan.

Last week, a senior Taliban delegation visited Moscow to offer assurances that the insurgents’ advances in Afghanistan do not threaten Russia or its allies in Central Asia.

Wed Jul 14 , 2021
HURLEY- Donald Schoonmaker Oakley, born July 5, 1921, handed absent peacefully on July 12, 2021, surrounded by his loving loved ones. He was 100 yrs younger. Donald grew up in Stone Ridge and was a lifelong resident of Ulster County. He resided in Hurley and wintered in Florida. A proud […] 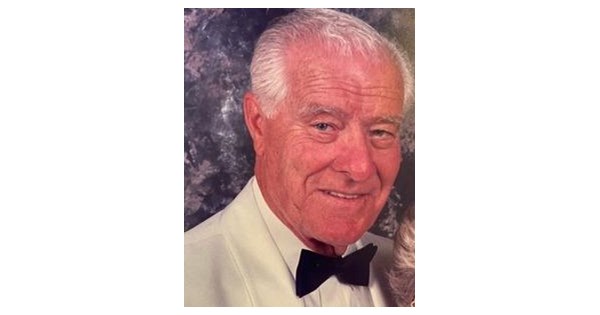