Jeff Tangney, CEO, of Doximity at the New York Stock Exchange for their IPO, June 24, 2021.

Every year, tech investment firm Index Ventures sends out a survey to the 400 or so companies in its portfolio to see what technologies are gaining the most traction. About six years ago, an open source product called Apache Kafka emerged as the next big thing.

“It was clear this thing was on fire,” said Mike Volpi, a partner at Index Ventures, who had made other big bets in open source software, backing Hortonworks in 2011 and Elastic in 2013.

To find out who was behind the technology, Volpi turned to LinkedIn. There he discovered that the creators had actually come from LinkedIn, where they developed Kafka internally before launching a separate company to commercialize the technology.

That company — Confluent — held its stock market debut on Thursday after raising over $800 million in an IPO. Confluent is now valued at $11.4 billion, and Index is one of the prime beneficiaries.

It was a big day for Silicon Valley venture firms, thanks to Confluent’s IPO on the Nasdaq along with health-tech company Doximity’s opening on the New York Stock Exchange. Between the two IPOs, four firms notched billion-dollar gains.

Index is the second-biggest outside investor in Confluent, with a stake valued at over $1.3 billion. Benchmark, which co-led Confluent’s first investment in 2014, controls shares worth close to $1.6 billion.

Doximity, a professional network for doctors, has been largely under the radar because the company hasn’t raised venture money since 2014. Emergence Capital co-led the first round and continued to invest, amassing a 15% stake at the time of the IPO that’s worth $1.3 billion as of Thursday’s close. InterWest, which joined Emergence as the initial lead, owns shares valued at over $1.1 billion.

Perennial VC winner Sequoia came in just shy of the billion-dollar mark this time — its stake in Confluent is worth $963 million. Morgenthaler also came close, with a stake in Doximity worth $905 million.

In every big venture outcome, there’s generally some combination of luck, timing and rolodex involved. For the earliest investors, there’s also a willingness to wager on companies that don’t yet have a business.

Index has not only its annual survey to thank for its billion-dollar gain in Confluent, but also a friendly introduction from LinkedIn’s CEO at the time, Jeff Weiner.

Volpi said he reached out to LinkedIn co-founder Reid Hoffman and Weiner to see if they could connect him to Jay Kreps, who was Confluent’s CEO and one of its three co-founders. At LinkedIn, Kreps was the technical lead for infrastructure and storage systems as well as the co-creator of Kafka, which had gained adoption across the company.

“Jay was a very visible figure at LinkedIn,” Volpi said. “They all knew him personally.”

Companies were increasingly relying on Kafka to unify all the events taking place inside their business, whether it was a sale, a new order or a product update, so they could make sense of large streams of data.

After the introduction from Weiner, Volpi met with Kreps and encouraged him to consider an investment from Index because of his firm’s history with helping open source companies from a fairly early stage. Volpi said the company had about 15 employees and no revenue at the time.

In the decade since Kafka was developed, the technology has been used by an estimated 70% of Fortune 500 companies, according to Confluent, which counts Expedia, Citigroup, Humana and Lowe’s as customers. While Amazon, Microsoft and Google offer services to manage Kafka projects, Confluent is the only company to package it all together in a commercial offering that runs across all the major clouds and in physical data centers.

After one day on the market, Confluent is almost as valuable as Elastic, Volpi’s most recent open source IPO. Elastic, which went public in 2018, has a market cap of $13 billion.

Before Elastic, there was the Hortonworks IPO in 2014. That one didn’t go so well. Hortonworks was one of several companies trying to commercialize Hadoop. Its primary rival, Cloudera, was bigger but both were burning cash and were late to the cloud.

They ended up merging in 2019, and agreed to sell earlier this month to private equity firms in a deal valued at $5.3 billion.

“You get better at understanding the mechanics every time,” Volpi said. “Confluent cloud was launched and perfected much earlier in the company’s lifecycle.”

Emergence is generating a similarly sized return from its investment in Doximity. But the path to get there looked very different.

Known for early bets on cloud software companies as far back as Salesforce and extending more recently to Veeva, Zoom and Bill.com, Emergence looks primarily for subscription businesses with early traction and some happy paying customers.

Doximity had no paying customers. It was a network that, at the time, had a few hundred doctors sharing insights with one another. Jeff Tangney, who previously helped start health-tech company Epocrates, was the co-founder and CEO.

Kevin Spain had worked at Emergence for several years but he wasn’t yet a partner. He’d been on the board of Veeva, which sells software to drugmakers, and learned about Doximity from a friend who was a doctor. He arranged a meeting with Tangney and was instantly intrigued by his mission to improve technology that doctors use for communications and collaboration.

Spain expected a challenge ahead convincing the partners at Emergence to do the deal.

“The business model was a little up in the air and the fact that it was pre-revenue was a little far afield for us,” Spain said. “I knew this was going to be a bit of an uphill battle. I was asking for people much more senior than me to make a bet on this. It was definitely a bit of a leap of faith.”

Emergence co-led Doximity’s $10.8 million Series A in 2011, along with InterWest, at a $36.9 million post-money valuation. It participated in the next two rounds as well. Emergence and InterWest started investing at 39 cents a share.

The stock more than doubled on Thursday to close at $53.

Doximity’s network is now used by 1.8 million medical professionals in the U.S., including over 80% of physicians. The company makes money by allowing pharmaceutical manufacturers to promote drugs and treatments to a targeted user base and by giving recruiters a centralized place to find job prospects. Doximity also recently launched a paid telehealth product.

Revenue jumped 77% in the latest fiscal year to $206.9 million. And unlike most tech companies at the IPO stage, Doximity is profitable, generating $50.2 million in net income for the year.

Spain said that by becoming the default place for doctors go to connect with colleagues, share research and find out about new treatments, Doximity hasn’t needed to spend money on marketing. Its advertising budget last fiscal year was $2.6 million.

“So many social networks have to spend heavily to acquire new users,” Spain said. “They’ve never had to do that.”

WATCH: IPO market is set up strong for second half of 2021

Fri Jun 25 , 2021
Jess Warrington Contributor In my purpose at CloudBlue, Fortune 500 businesses often tactic me for support with fixing engineering difficulties when shifting to a subscription organization design, only to recognize that they have not taken very important organizational actions needed to make certain a effective transition. Subscriptions scale far better, […] 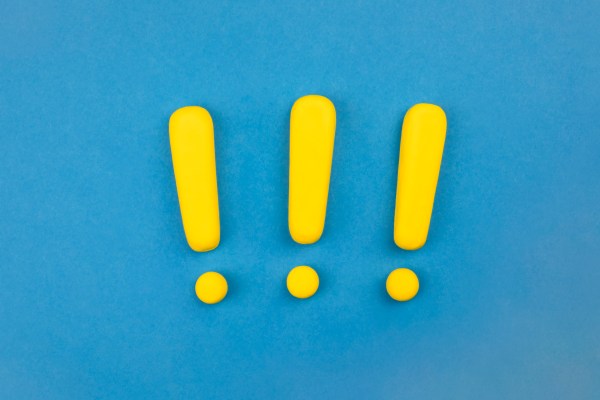