SALT LAKE CITY — Seventy percent of all Utah adults now have at least a first dose of the COVID-19 vaccine, and the state reported 1,149 new cases of the disease over the holiday weekend.

This weekend, the Utah Department of Health stopped reporting new cases on days that aren’t official business days, so Tuesday’s report included the following breakdown of new cases from the July 4 weekend:

The rolling seven-day average for new cases is now at 386 per day, according to the health department. The agency also reported seven more deaths, 13,878 new vaccinations and 274 current hospitalizations.

The governor’s office had set the goal of seeing 70% of Utahns age 18 and older get at least their first shot of the vaccine by July 4. The state met that goal as of Tuesday.

“This is truly a milestone worth celebrating,” Cox’s office said on Twitter. “Most of all, we’re grateful for all the nurses, doctors, health care workers, hospitals and volunteers … who continue to work tirelessly to get us all vaccinated!”

As of July 4, the Utah Department of Health reported that 65.2% of Utah adults had received at least their first dose, the governor’s office said. However, Cox’s office said that percentage doesn’t count 114,908 vaccine doses that were administered in Utah through federal government agencies such as the Department of Defense, the Department of Veterans Affairs and Indian Health Services.

“And this number is only going to go up,” Cox’s office tweeted.

However, Utah leaders, including Cox, have said the 70% goal is somewhat arbitrary. They will continue working to vaccinate as many people as they can and exceed the 70% goal statewide, the governor’s office added Tuesday in a news release.

“Even if we do hit 70%, it doesn’t mean that’s the endgame,” Cox said at a news conference last week.

Among Utahns ages 12 and older, who are currently eligible to receive the vaccines, 61.4% have received at least a first dose and 54.7% are fully vaccinated.

Cox’s office thanked people who have gotten vaccinated, as well as the Utah Department of Health and local health departments across the state for their efforts to get as many people vaccinated as possible.

“They scrambled to take the lead on setting up mass vaccine sites all across the state, and continue to provide vaccines in their communities,” the news release says.

Cox’s office also thanked the Salt Lake Chamber for starting the “Bring it Home” campaign, which encourages businesses to support employees who want to get vaccinated.

Cox’s office added that the pandemic isn’t over, and the state isn’t out of the woods yet. Utah has been enduring a small surge in new COVID-19 cases and hospitalizations thought to be driven mostly by the spread of the delta variant among unvaccinated people.

“We’re still very concerned about the recent rise in cases and hospitalizations,” the news release says. “And some parts of the state, including many of our rural areas and communities of color, remain below 70% vaccinated.”

The seven deaths reported Tuesday were:

Tuesday’s totals give Utah 417,259 total confirmed cases, with 17,636 total hospitalizations and 2,385 total deaths from the disease.

Wed Jul 7 , 2021
Independence Working day was usually thrilling in the Baker household. Younger Machelle would scurry all-around getting arranged so she could claim a primary spot along the town’s parade route. Folks on the floats typically tossed sweet to the crowd and she required to be front and middle. Saturday, grown-up […] 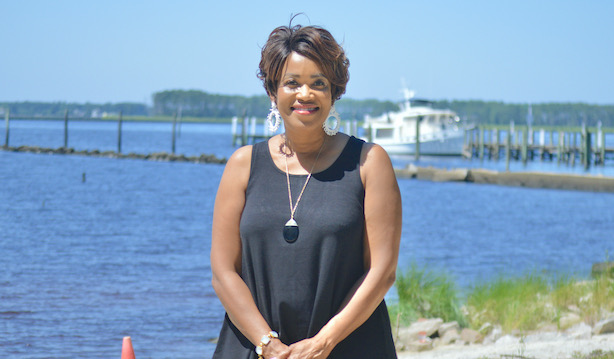